The Jet Baritone rattles foundations with dual Gretsch® mini humbucking pickups that capture thundering lows while retaining a piano-like articulation and definition for intoxicating sonic size and width at every level of gain. Simple tone-shaping is provided by a three-position toggle switch as well as master volume and master tone controls. 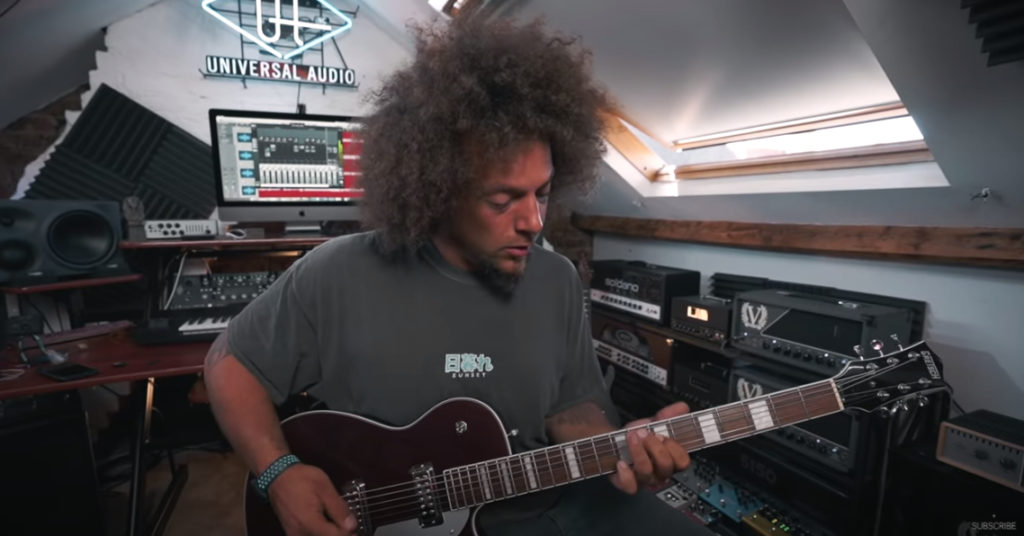 Rabea kicked off his demo with atmospheric rock tones in A-standard tuning before diving into guttural, Soundgarden-esque hard rock riffs.

“One thing I really like about this being tuned to A-standard, is you can take any normal chord progression in a standard tuning that might be a bit bland, and it sounds awesome in this tuning,” said Massaad. “If you’ve got a baritone handy, try it on that. Sometimes even the simplest chord progression in a lower tuning can sound really moody and deep.”

The expanded 29 ¾” scale accommodates lower tunings without sacrificing string tension, so notes ring out bright and clear. Indeed, after riffing through a djent-inspired number in a dropped tuning, Massaad admitted he was impressed.

“I was certainly not expecting this guitar to sound that good in dropped G playing djent-y, palm muted, clunk-y progressive metal,” he said.  “Ultimately, I really like this guitar. “It’s a different vibe completely. It’s really easy to play, and so vibe-y down there in dropped [tunings].”

Watch Rabea’s demo of the G5260 in the video below.